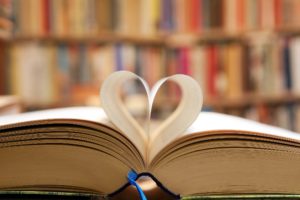 1. Finn is a country music singer, but the story focuses more on his personal life. Do you see celebrities as being “real” people? In the beginning of ALMOST HEAVEN, Finn purposefully guards himself from Lara because of his fear of being left. He wants to leave first. What do you think would have happened if he went on tour before things were settled between the two of them?

2. Trust is a central theme in this novel. Who struggles with it and in what aspects?

3. Lara’s mother plays a minor role in this book. Besides Finn, she is the only one who knows Lara’s secret and is there for her daughter at important moments. Yet, Lara keeps her distance both in mileage and emotionally. Do you think this will change as Lara learns to trust through Finn’s love?  What characteristics would you use to describe Elise? How would you describe her relationship with Lara?

4. The West Virginia college town where Lara and Finn first met is a place where the two visited when they first became a couple and then chose it as the site for their wedding. How do the characters grow each time they are there? Was it the ideal place for them to get married? Should they have done things differently?  Why or why not?

5. What do you think was the most romantic part/event of this book?

6. Even though deceased, Wyatt still plays an important part in this novel. His death touches everyone in the family but most of all, Will, Nola, and Finn.  How do each of these characters deal with the loss of a child? How do their relationships with one another change throughout the story?

7. Finn has to be away from their home in New York for a good part of his relationship with Lara. While Lara is portrayed as independent and self-sufficient, she reaches a breaking point when Finn bails on a party with her. Should Finn have gone to the party?  Should Lara have been more understanding? How does it show her vulnerability to confrontation?

9. There is a dramatic end to ALMOST HEAVEN. Were you shocked? What did you think when you realized it was Finn writing the final paragraphs? Looking back, could you see the foreshadowing?

Do NOT follow this link or you will be banned from the site!